Chronicles of Elyria raised over $1.3m on Kickstarter in May, 2016 and has since raised additional funds through their webstore. The game is currently aiming for a launch sometime in the second half of 2019. Check out their current release schedule below: 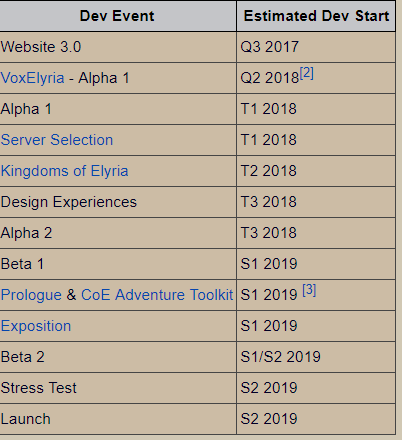 While I remain skeptical about every crowd funded MMORPG out there, it's always good to see them make progress. Chronicles of Elyria is promising a lot and I hope they can deliver.

tagged with chronicles of elyria